Thank you to Ben Briggs.

With Bending Genres, I recently led a writing retreat in Ojai, CA. Here’s a video:

Podcast Interview on “Lives of Writers”

Thanks to Michael at “The Lives of Writers” podcast for a great conversation. You can eavesdrop here or wherever podcasts are found.

Michael talks with Meg Tuite about growing up in a family of readers, A Confederacy of Dunces, the beginnings of writing and publishing, early books, risk, sentences as worlds unto themselves, her newest book WHITE VAN, focusing on dark or uncomfortable material, the effect of suicide on her family, language that works on multiple levels, new work, and more. 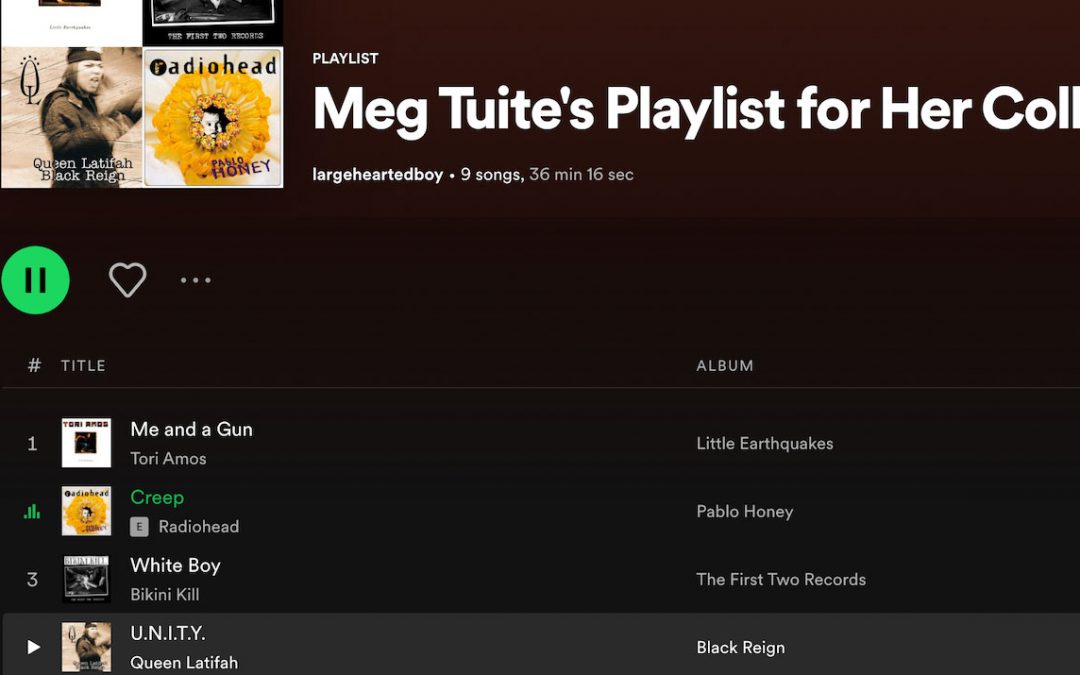 I put together a playlist for White Van – you can listen to it, and read the descriptions for each song, at the legendary Largehearted Boy. It’s great to be in such good company there. As the site notes: Previous contributors include Jesmyn Ward, Lauren Groff, Bret Easton Ellis, Celeste Ng, T.C. Boyle, Dana Spiotta, Amy Bloom, Aimee Bender, Roxane Gay, and many others.

Thanks to Adam Van Winkle for his excellent, unflinching review of White Van at Cowboy Jamboree! He writes:

It’s a rare thing when the form of art, the experience of art, the effect of art, captures the art’s subject.  James Joyce did it.  Beckett did it.  Odetta did it.  Ginsberg did it.  Bob Dylan did it.  Mark Rothko did it.  In WHITE VAN, Meg Tuite certainly does it. 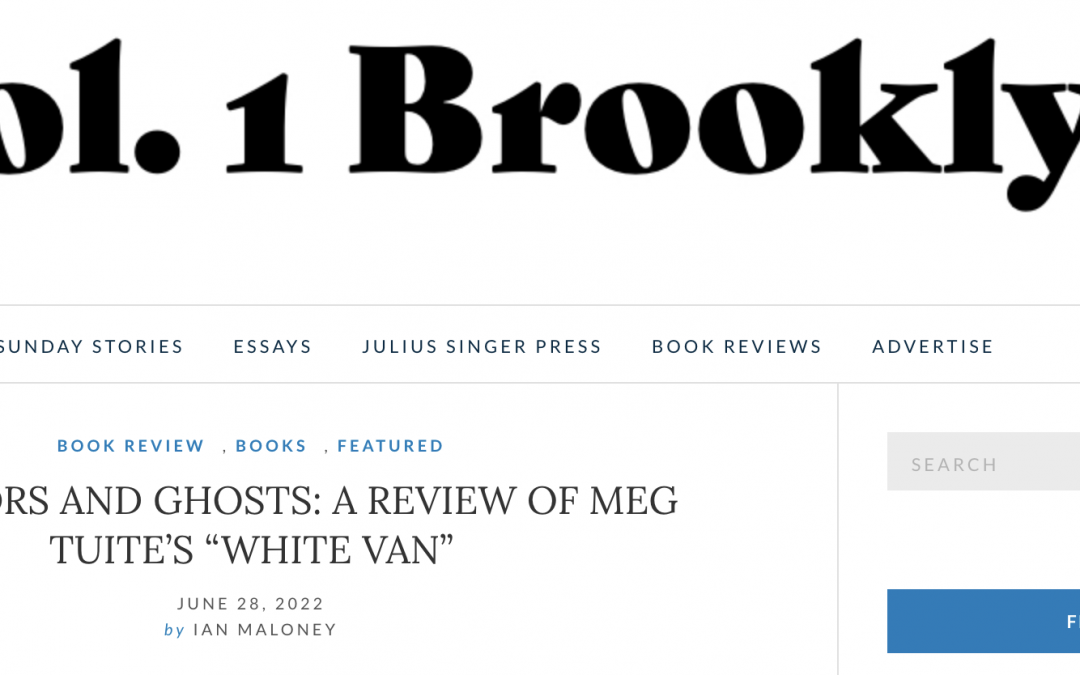 There’s a new review of White Van up at Volume 1 Brooklyn. Thanks to Ian Maloney! Here’s how he begins his thoughtful piece:

Meg Tuite’s latest collection, White Van, has foreboding, danger, and violence from cover to cover. Even the haunting cover with lightning striking a black van, defies our expectations and turns things upside down.  Tuite’s collection is a series of poetic prose entries; some of the sections seem straight micro-fiction, while others appear more like poems. They defy easy categorization, just like Meg Tuite.

“Planked by the Abyss”

My excerpt “Planked By the Abyss” is published in Ginosko Literary Review #28 (PDF download—my piece is on page 30). Thank you to Robert Paul Cesaretti.

One of my stories, “Make No Mistake: Foretaste of Loss” was one of Wigleaf’s Top 50 for 2022. You can see the whole list here. 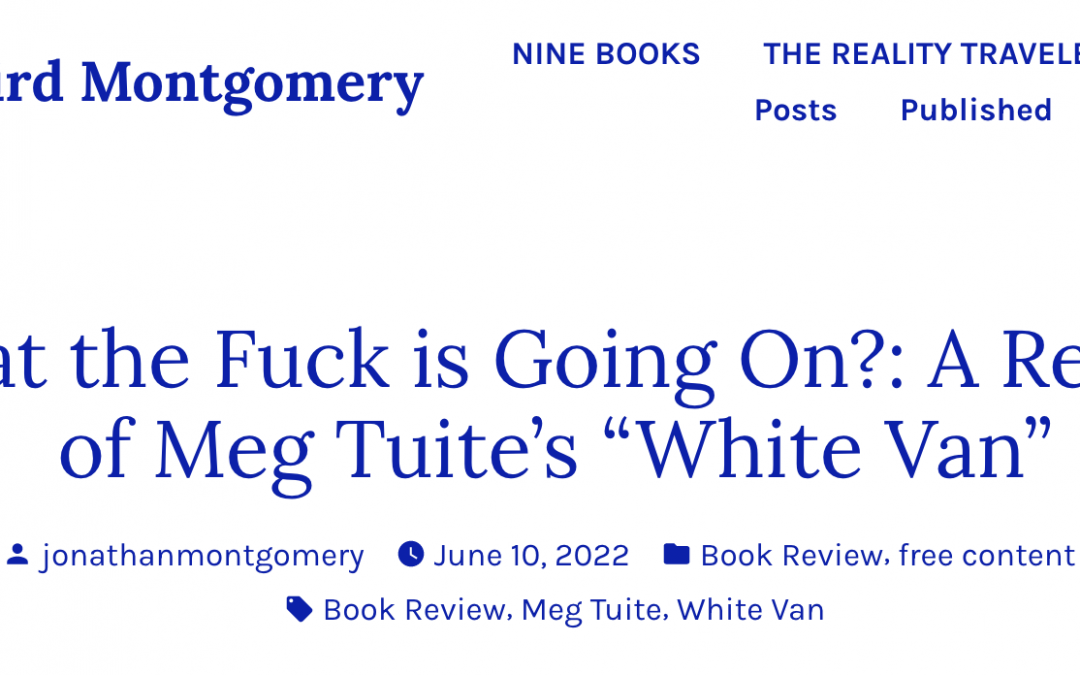 Thanks to Jonathan Montgomery for his kind review of White Van. He’s written a long and thoughtful post, part of which says,

Meg chooses to do battle with trauma, injustice, and the inherent cruelty of the world with an arsenal of pure language. This is a work more interested in the lyricism of criminality, the lexicon of desperation, and the poetry of bruises than audience-comforting elements such as narrative cohesion or conflict resolution

You can read the whole thing here.

And hats off to Jonathan for his website’s beautiful typography.

And also thanks to Su Zi for her review of the book, which can be read at GAS: Poetry, Art & Music. She begins,

Monsters are an ancient memory, a symbol, a staple of genre. Works thus of horror tend to time the reveal of their monsters, be it a frightening fog or a franchise of mutated outer space lizards. Not so in White Van, where the monster are monsters, unnamed, unseen. While a typical horror offering might involve the eternally invisible, it is precisely the prosaic settings Tuite depicts that make the work so horrifying. 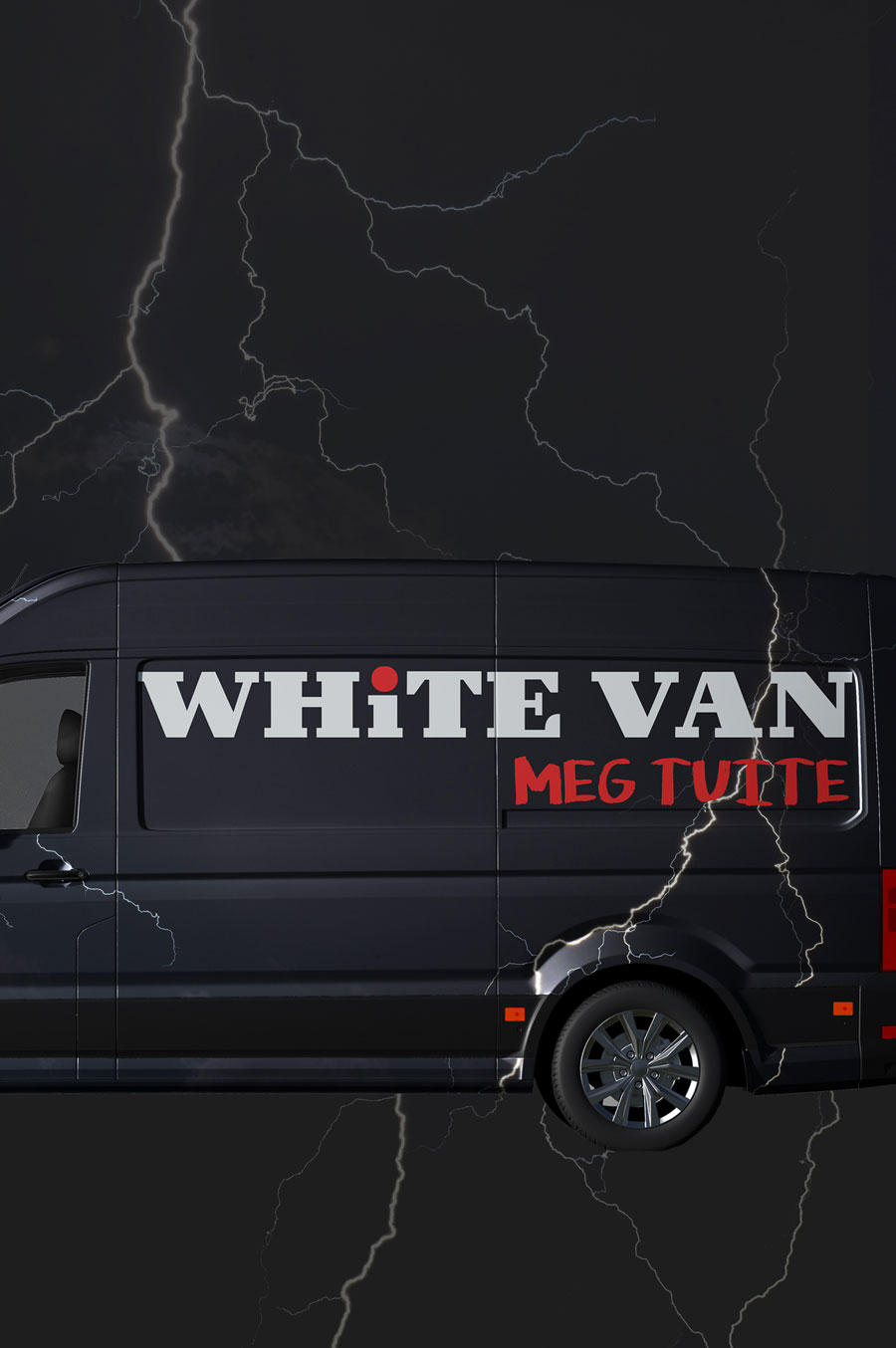